Owning a car can sometimes feel like a never-ending job as you try to solve one problem after another. Trying to work out which system is actually causing the problem you face can be the most challenging part, as you want to use the right mechanic, but without the right diagnosis that is very tough to do. Auto electrical mechanics are one of the most common and they work very efficiently to get your cars systems back on track. If you think you need one of them, see three common signs that your car is experiencing auto electrical troubles.

Headlights Dimming Despite Replacing Them

Often when headlights start to dim the first thought is to replace them, as you would with light bulbs in your home. If this doesn't solve the problem then there is a very good chance that your car's alternator is worn out and not working properly. The alternator is a very important component in your cars auto electrical system, helping to create electricity for the whole vehicle. Dimmed headlights are just one symptom of this, with failing power windows and warning indicators appearing on the dashboard quite common as well. Do not put this off, as a catastrophic alternator failure can leave you stranded.

If your car's radio has completely stopped working then there is a fairly good chance this is due to a broken or blown fuse. Just like in your homes electrical board, your car has fuses that help to regulate the currents flowing to and from your battery. If one blows due to one reason or another, then that component that is connected to that fuse will likely stop working as well. A blown fuse is quite an easy solution to fix, so don't be too afraid of a hefty price tag when you take your car in for an auto electrical service.

Definitely, the most frustrating problem for car owners is when the care refuses to start at all. While you might suspect a lot of causes, often the problem is electrical, rather than mechanical or anything related to the engine. The only issue is that there could be a lot of reasons why your car doesn't start, from a dead battery to a broken starter or battery cables; there are dozens of combinations that could be the issue.

Most mechanics will immediately call in their auto electrical expert when they hear that your car won't start, so if you want to skip a step you can go straight to them yourself. 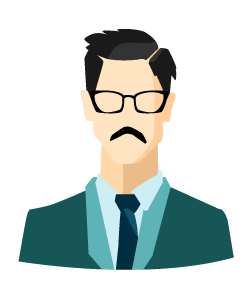 Hi! My name is Norman and I think that cars are great. If you can drive a car, you don't have to worry about public transport. Instead, you can head out in whatever direction you like. I first discovered the thrill of doing this when I went on a road trip. Before I left to drive thousands of miles, I asked my brother who is a mechanic to give the car an inspection. He did so and helped me to carry out the repairs which the car needed before we could safely sign I offer. I hope you find the blog useful